A paranormal romance by Tamela Miles 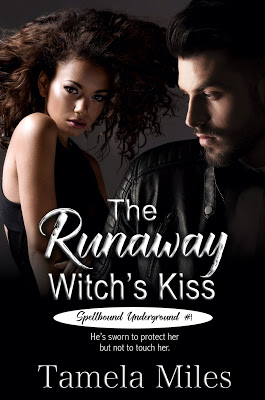 Nahla Gregory is a witch on the run from a bad domestic situation. Tomas Castillo, a warlock, has a prepared safe haven for her, while dealing with his own problem, his neutered magickal powers. He’s sworn to protect her and to keep his hands off her, but Nahla is downright tempting. Danger is coming for them and combining their powers may be the only way to survive the storm.

Can Tomas keep Nahla safe, as promised, while she helps him rediscover his long forgotten magick?

Sebastian waved a hand. “So, I overreacted. I promised you it’ll never happen again, There’s no room in our life together for other men. I told you that from the start. I-I guess the idea of you spending time, even having a coffee, with someone else pushed all my buttons and I went crazy with jealousy.”

She heaved a deep sigh. “But, there’s no reason to be jealous.”

He strode over to stand above her, stroking her forehead with his fingers. “Look more closely in the mirror, Nahla. I have every reason to be jealous. You’re beautiful. Other men want to own you.”

She batted his fingers away impatiently and met his gaze squarely. ‘If you lay a hand on me again, I’m gone. No explanations, no excuses – I’ll be in the wind.”

Her phone pinged again. “I take it we’re both settling in for the evening.”

His lips flattened and his gaze went cold. He put his back to her and swiped her phone from the counter. “Not tonight. You’re staying right here. I won’t hurt you again but I mean what I say. I always come first in this relationship. Your mother can see you some other day.” 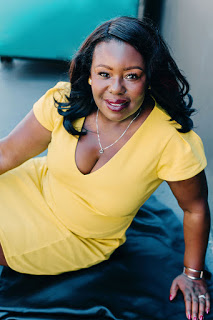 Tamela Miles is a school psychologist with Ed.S and PPS credential and a graduate of California State University San Bernardino and California State University Dominguez Hills. She is also a former flight attendant. She grew up in Altadena, California in that tumultuous time known as the 1980s. She now resides with her family in the Inland Empire, CA. She\’s a horror/paranormal romance writer mainly because it feels so good having her characters do bad things and, later, pondering what makes them so bad and why they can never seem to change their wicked ways.  She enjoys emails from people who like her work. In fact, she loves emails. She can be contacted at tamelamiles@yahoo.com or her Facebook page, Tamela Miles Books. She also welcomes reader reviews and enjoys the feedback from people who love to read as much as she does.

Tamela Miles will be awarding a $10 Amazon or Barnes and Noble GC to a randomly drawn winner via rafflecopter during the tour.

5 thoughts on “Excerpt+Giveaway: The Runaway Witch\’s Kiss by Tamela Miles”