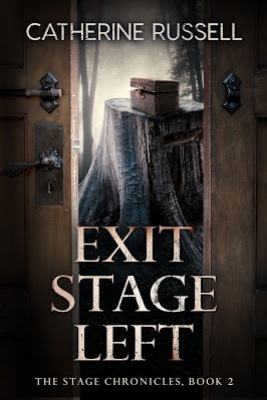 Megan O\’Day seems to be navigating the unpredictable relationship with Geoffrey Drake, her centuries-old vampire guardian angel, rather well. But then his past suddenly rips him from her, forcing her to face the unknown future alone in the gripping sequel to The Stage.

Still bound to Geoffrey through the power of the Link despite his unexplained absence, Megan\’s mind is flooded with his haunted memories. While she relives the darkest moments of his previous life, she discovers his attachment to a woman who bears a striking resemblance to her.

As she questions Geoffrey\’s love for her, she strikes up a dangerous alliance with Geoffrey\’s brother, Alexander, who is also a vampire. She hopes that he will help her find a way to rescue Geoffrey: instead, he seems to be awakening new emotions and desires within her.

As the past and present collide, Megan struggles to fend off Alexander\’s dark seduction. Is Geoffrey truly beyond the reach of her love forever? If not, what must be sacrificed to bring them back together again?

EXCERPT
An image of Dawn’s mangled, bloody body filled my thoughts, and I stopped sorting through my art supplies. It had happened just before Christmas. There was poor Dawn, distraught over her break-up with Ian, wearing my jack, and waiting in Geoffrey’s car in the alley behind The Stage.

They thought Dawn was me.

They- The Inner Circle, Geoffrey’s first coven-wanted him back.

Marco, his sire, was the head honcho there, and I its prime the coven had been quite large with a very strong presence in the community. As the years passed, it prominence had faded, but Marco still clung to his power. Geoffrey said that the older Marco got the more manipulative, abusive, and obsessive he became. It didn’t make sense. Marco had exiled him, and now he wanted his prized son back, even though Geoffrey’s twin, Alexander, was part of the Inner Circle. To top it off, they wanted me dead. Why? Because I came between Marco and Geoffrey? Was it because of the Link?

But I couldn’t keep my thoughts from whirling. Nerdy Chase Montgomery, my neighbor, was Geoffrey’s Guardian- a scholar of immortals, more or less. He was assigned to watch over Geoffrey, but he had trouble staying close to him. So he had followed me instead, filling my apartment with micro-cameras and audio pickups. When Geoffrey finally confronted Chase, I got a look inside his apartment-and at his computer screens. Nearly every inch of my apartment was under surveillance.

How fast everything had happened! Only four months ago, I started working at Ashleigh’s bar, The Stage, which was now the hottest club in Seattle. Geoffrey and his family which made up his band, The Darkness, were the house band there, and he and his family lived what they jokingly called an “alternative lifestyle”- even for vampires. Believing our human lives were too short as it is, they found other sources for their drug of choice, blood.

By the way, did I say reality bites? Yeah it does. I guess that comes with the territory when the one you love is a vampire.

~Buy EXIT STAGE LEFT on Amazon (only 99c during the tour)

Also get book 1 in the series, THE STAGE, on Amazon. 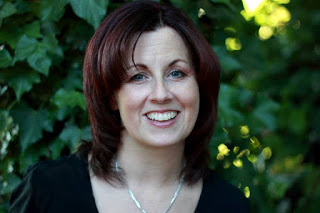 Catherine Russell was born in Tacoma, Washington and raised in a small town just south, South Hill, Puyallup. At the time South Hill was a heavily wooded area and far off the beaten path. Growing up she had the forests as her fantasy world along with the wild animals. She lived with her parents and an older sister. There are a few similarities from her own childhood that have carried over in to her first novel, “The Stage”. As a child, she did have a small dog named Toto, whom she would quite frequently roam the woods with. Her childhood home still stands, and is still nestled in the woods even though South Hill has undergone an extreme makeover since she lived there. She enjoyed hours of day dreaming and playing in the woods, which in turn fed her fantasy world of make believe.

One randomly chosen winner via rafflecopter will win a $50 Amazon/BN.com gift card.