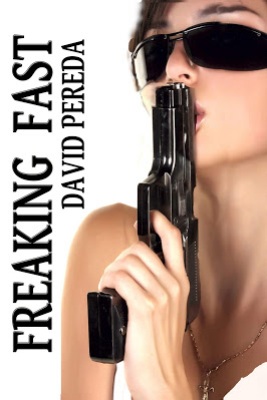 The city is Asheville, North Carolina, and the year is 2066. As renowned mathematician Alexandra Martin travels in her self-driving car to assassinate the love of her life, she reminisces about how they met and fell in love fifty years earlier in middle school when she was a thirteen year old poor math whiz and he a wealthy teenager. Alex recounts her struggles to be admitted to the best private school in the county, her happy teenage years running track, and her close relationship with three handsome and charming boys: Xavier, the intellectual; Andrew, the golden boy; and Vitali, the suave foreigner. One by one, she visits the three boys of her youth, now successful professionals in their sixties, one of whom is her intended victim.

Today I’m going to kill the love of my life.

This deliberate act should not to be misinterpreted for what the sensationalistic media will surely call a crime of passion, because it isn’t. There’s nothing passionate in what I am about to do. My action is premeditated, has been planned for a long time, and will be executed for the benefit of our city, our country, and our crumbling world – as well as for my own peace of mind.

I know people say things they don’t mean all the time, especially when they are stressed out, upset, or angry. People lie either to hurt others or to protect themselves or simply because they like to lie. I swear that every word written here is the truth and nothing but the truth, so help me God. May He also forgive me for this murder I’m about to commit.

I have chosen this date for a reason. Today is my birthday, and the anniversary of our first kiss, fifty years ago. I turn sixty-three years old today. Five decades ago, I would have been considered an old woman at this age, gray-haired and wrinkled, and possibly overweight. But that was then. Nowadays, thanks to the medical advances of the past fifty years, of which I have partaken freely – they’re there, right, so why not make use of them? I’m in the prime of my life. I look and feel not a day over thirty and have the sculpted body, the vigor, and the mental acumen of a highly intelligent woman in her twenties.

When I was a teenager, there was this beautiful model named Cindy Crawford, who in her sixties looked like she was in her late thirties and was an example to women all over the world. She was to me. But the world has evolved, and that was then, and this is now.

Were Cindy Crawford alive today she would look like my older sister or maybe my young-looking mother, even though we would both be about the same age.

But I digress. I have, perhaps, too much on my mind. Images of the past keep streaming through my head. I think of the love of my life, him, and wonder what could have been but wasn’t; what was and shouldn’t have been.

I feel like crying as I see my life play out, in black-and-white like an old movie, on the screen of my mind.

David Pereda is the award-winning author of nine novels, including Havana Blues and However Long the Night, as well as the Havana Series of thrillers featuring the dashing Doctor Raymond Peters and the beautiful but deadly Cuban assassin Marcela. He has traveled to more than thirty countries and speaks four languages. Before devoting his time solely to writing and teaching, David had a successful international consulting career with global giant Booz Allen Hamilton, where he worked with the governments of Mexico, Venezuela, Peru and Qatar, among others.

A member of MENSA, David earned his MBA from Pepperdine University in California. He earned bachelor degrees in English literature and mathematics at the University of South Florida in Tampa.

He lives in artistic Asheville, North Carolina, with his youngest daughter Sophia, where he teaches mathematics and English at the Asheville-Buncombe Community College. He loves sports and is an accomplished competitor in track and show-jumping equestrian events.

Check out his Amazon Author Page

David will be awarding a $20 Amazon or B/N GC to a randomly drawn winner via rafflecopter during the tour.