GODS OF MERLIN by Priya Ardis

GODS OF MERLIN
by Priya Ardis 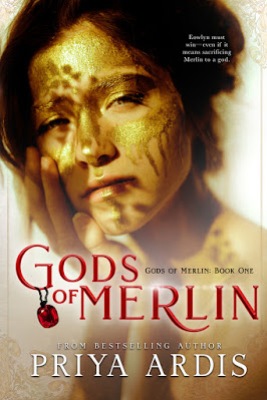 GREAT GREEK GODS. THEY ARE COMING.

Foster kid and occasional shoplifter Eowlyn Patience just wants to fit into her Boston high school. When the Sword In The Stone falls out of the sky like a meteor into the middle of London’s Trafalgar Square, everything changes. Then, an enigmatic golden-eyed man arranges for her to attend a school for the gifted in England, and the irritatingly perfect Matt Emrys from science class turns out to be Merlin—the Merlin, King Arthur’s greatest wizard.

Frozen in a cave for fifteen hundred years, Merlin has woken to find the next Arthur. Eowlyn Patience’s mysterious admittance to Avalon Preparatory was not something he foresaw…a disturbing aberration when his most powerful gift happens to be visions of the future.

The race to find the rightful heir rages between deadly gargoyles, wizards, and Regulars, but figuring out the troubled Eowlyn might be by-the-book Merlin’s hardest job yet. She’s altogether the wrong girl. Torn between what is right and what saves lives, will Eowlyn do what it takes to win—even if it means sacrificing Merlin to a god?

EXCERPT
They say everyone remembers the day when…the colossal something happens. The world seems to stop, and in that moment, we are all one. On just such a day, near the outskirts of Boston, in the small town of Concord, next to Minuteman Park and the first battle of the American Revolution, I got caught by the security guard at the local mall.

I folded my arms in front of myself and puffed out my chest. “Eowlyn. Pronounced A-O-Lin.”

The guard couldn’t see me tremble inside. If I got in trouble one more time, I’d go back to the halfway house and I didn’t want to go there. Sleeping with one hand on a butter knife was not as glamourous as it sounded. I smiled prettily at him. “I didn’t take anything.”

The guard snorted. He opened a paper shopping bag and pulled out a blue ballgown. He smiled with yellow teeth and shook the cascading fabric in my face. “You didn’t take anything because I caught you. You had a dress stuffed down your pants.” 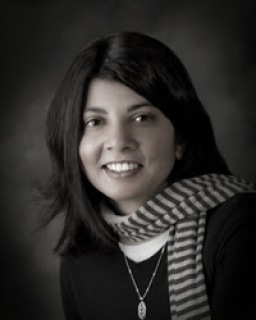 Priya Ardis loves books of all kinds–but especially the ones which make your nose leak and let your chai go cold. Her novels come from a childhood of playing too much She-Ra and watching too much Spock. Her bestselling series, My Boyfriend Merlin, about Merlin going to high school is a YA contemporary fantasy and romance for those like road trips, wizards, Greek gods, and gender-bent quests.

Also find me on Barnes and Noble, Apple Books, Kobo, and Google Play

Enter for a chance to #win EIGHT #signed #paperback #youngadult #books from eight of your favorite #authors. It\’s the #JingleYAGiveaway!

4 thoughts on “GODS OF MERLIN by Priya Ardis”