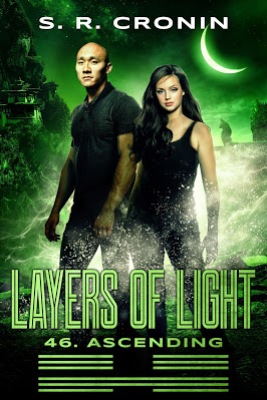 A Texan teenager develops an unusual ability when she becomes an exchange student in India. Once human trafficking touches her world, her mysterious talent shows hope for locating her friends. If she only knew what the talent was and how to use it.

A stranger makes her an unexpected offer. He will train her to find her missing friends, but she will need trust in ideas she barely believes and more courage than has ever been expected of her. Also, she’ll never be normal again.

She accepts his offer, intending to show those guilty of unspeakable crimes just how powerful a young woman can be.

EXCERPT
One of the biggest adjustments was not having a cell phone. Teddie was surprised to discover texting was a big part of her life. However, the school was adamant; no students were allowed to have cell phones. At least she had her laptop, and today she had gotten to video chat with her parents before class. The sight of the two of them sitting on the geranium-filled porch in the Texas evening had left her yearning for surroundings she was used to.

That night, she starting sleepwalking.

She didn’t remember getting out of bed, or walking down the hall or going out the door of the school. Didn’t they keep it locked at night? She thought they must. Maybe she had climbed out the window? Could she do that in her sleep?

Yet there she was, walking down the street in front of the school in the middle of the night. Lights were mostly off and half a moon was high in the sky. A group of older boys stood huddled together a couple of blocks away, smoking cigarettes. If they noticed Teddie they ignored her.

She looked around. The mountains in the distance glistened with snow and she took the time to enjoy the view without people jostling into her. The boys down the street all wore jackets, and Teddie wondered if she’d thought to grab a coat. She glanced towards her arm, and the next thing she knew she was back in her bed, with no memory of how she got there.

Well, sleep-walking was supposed to be an odd phenomenon. It had probably been set off by homesickness, to be honest. Good thing her subconscious found ways to navigate her in and out of the school. This time. Hopefully it wasn’t going to become a habit.

REVIEW
Again, I was drawn in by Cronin’s effortless weaving of seemingly unrelated storylines. So many characters. So many different aspects of life. So many social and cultural issues. And in the end, it all just comes together. Add in the various powers, and it’s a puzzle of epic proportions.

I loved the particular struggles Teddie’s power came with. Being unable to communicate from her astral self put bumps in her road many times. Every one, she or someone she was working with found a clever work-around. I also loved the idea that sometimes the gift has control. I’d be waiting (rather impatiently) to see how Teddie would help a character, only to have her appear where someone else was. This served both to increase tension and show the vast array of ways Teddie could help people.

There is a warning at the beginning of the book about sensitive topics. It doesn’t lie. This book features details of human trafficking that some may find difficult to read. It never fails to amaze me how people will treat other human beings. Those details fascinated me from a point of “wow.” Unfortunately, I had no trouble believing it.

Lastly, I want to mention Michelle, Teddie’s friend. She is a brilliant character who I feel could get less recognition. She has no special power. She only has her intelligence and quick thinking to help her survive some impossible odds. I think she’s a shining example of how life can go so wrong but turn out at least okay if you understand how to fight. She rang as such a true person.

Other books by S. R. Cronin 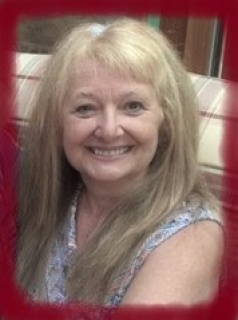 Sherrie Roth grew up in Western Kansas thinking there was no place in the universe more fascinating than outer space. After her mother vetoed astronaut as a career ambition, she went on to study journalism and physics in hopes of becoming a science writer.

She published her first science fiction short story long ago, and then waited a lot of tables while she looked for inspiration for the next story. When it finally came, it declared to her it had to be a whole book, nothing less. One night, while digesting this disturbing piece of news, she drank way too many shots of ouzo with her boyfriend. She woke up thirty-one years later demanding to know what was going on.

The boyfriend, who she had apparently long since married, asked her to calm down and explained how, in a fit of practicality, she had gone back to school and gotten a degree in geophysics and spent the last 28 years interpreting seismic data in the oil industry. The good news, according to Mr. Cronin, was that she had found it to be entertaining and ridiculously well-paying. The bad news was the two of them had still managed to spend almost all of the money. Apparently she was now Mrs. Cronin, and further good news was that they had produced three wonderful children whom they loved, even though, to be honest, that was where a lot of the money had gone. Even better news was that Mr. Cronin turned out to be a warm-hearted, encouraging sort who was happy to see her awake and ready to write. \”It\’s about time,\” were his exact words.

Sherrie Cronin discovered that over the ensuing decades Sally Ride had already managed to become the first woman in space and apparently had done a fine job of it. No one, however, had written the book that had been in Sherrie\’s head for decades. The only problem was, the book informed her it had now grown into a six book collection. Sherrie decided she better start writing it before it got any longer. She\’s been wide awake ever since, and writing away.

S. R. Cronin will be awarding a $10 Amazon/BN GC along with a Kindle copy of Twists of Time to a randomly drawn winner via rafflecopter during the tour.

5 thoughts on “LAYERS OF LIGHT by S. R. Cronin”