Follow the journey of a strong, independent, yet caring woman as she navigates the supernatural world she is thrust into. Gwen steps out of a dysfunctional family life and into a world filled with danger she never realized lives at every turn, fiery passion, and a love that is ever binding. How will she handle her strange new surroundings as well as the man with the intense and overbearing personality who threatens to destroy the emotional barriers around her heart?

Wicked, the next in line to become the vampire king, is caught off guard when he grudgingly agrees to take on a charge, something he never wanted to do. He is unsure how to handle the fierce and vibrant woman with the unsettling green eyes. It doesn\’t take long for them to clash, but will it end passionately or burn down around them?

EXCERPT
Wicked stood in the darkness staring at his soon-to-be charge and felt like a deer in the headlights. He couldn’t take his eyes off of her and just stared, blinking with wide eyes.

“I didn’t expect you to be so beautiful,” he whispered to himself. He was late meeting her but he could not face her yet, not until the blood in his veins cooled and his breathing returned to normal. The last thing he needed to do was make an ass of himself by acting like a high-school boy hyped up on hormones. He had never in all his 148 years felt this kind of draw toward anyone. He had the strongest urge to reach out and touch her hair, to whisk her off her feet into his arms and kiss her until their lips hurt and she breathlessly begged him to stop. His blood felt as if it were boiling in his veins as the image of this woman in his arms flickered across his mind.

Out of the blue, she laughed aloud, seemingly for no apparent reason, but it was almost his undoing. It was like she was purring in his ear; he could feel her breath against his skin as if she were standing right beside him. He growled under his breath and then turned around and closed his eyes as he ground his teeth together in response to his body’s reaction. Good God, he wanted to march across the short expanse separating them and do something that he would definitely regret later, like push her up against the wall and take her right there. He could picture ripping open her jacket and lifting her off the ground . . .

~Review it on Netgalley

AN INTERVIEW WITH EVI
-What inspired you to become a writer?

To be honest, I’m not sure what first inspired me, there was no profound moment when I was younger where I thought I have to become an author, but I’ve always had a love for writing and reading. I find writing to be peaceful and would always end up daydreaming and jotting down notes or writing short stories. My grandmother would tell me that I had an old soul that had much to share with the world; she encouraged me to write and to tell stories and that is why I felt it appropriate to dedicate my In Memory in Wicked Night to this very special woman. It wasn’t until more recently that I found the courage to share this journey I’d created for my characters with others. It still seems surreal and a little terrifying to think that my work is out in the world for others to read. But now that Wicked Night and Unusual Night are out there, what I want most is for the readers to be able to connect with the characters and for them to become like family or friends. It would make me smile to know that a reader has fallen in love with at least one character along the way, to me there is no greater compliment.

I can’t narrow it down to just one. I would want to do a little of everything, put the most into the limited time I have. I’d want to travel by teleportation to see what it’s like, and visit at least one place on this amazing planet that is impossible to reach normally. I’d like to witness a battle between the vampires and the wraiths, the vampires would win of course. I’d like to train with the top warriors and learn some great moves. I’d want to go out on a date with a warrior of my choosing before I left and just see where the night takes us.

Gwen would reveal that she has secretly wondered what her life would be like if Kayden had been her guardian. Would he have fallen in love with her without the pull from his addiction? Would she have loved him back or pined for Wicked from a distance?

Without a doubt, I’d have to go with Craze, he is the most exciting and humorous of all my characters. I can only imagine what would happen with him in charge of the party.

Offer the dwarf some gold to sit and enjoy a drink instead, I’m a lover not a fighter, at least not if I can find a better way. 

Straight up horror, I would most certainly end up not being able to sleep and always looking over my shoulder. I can see myself or screaming if my phone rang or someone called my name while writing, it would be all kinds of wrong. I just get way too focused and in my characters world while writing. With that said I would like to write a suspense, maybe a period based murder mystery. 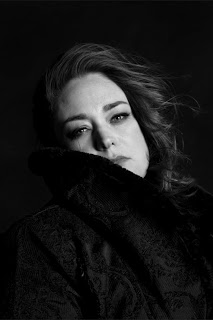 Evi Rhodes has always had a passion for writing and likes to spend as much time as possible hanging out with the array of rescue animals on her farm in Ontario, sipping on a cup of coffee and typing on her laptop.

In addition to getting her degree in business as well as competing in her favourite equestrian sport, dressage, she is an entrepreneur, and has coached many of a riding enthusiast, but she has always found herself coming back to wanting to write full-time.

“I just want to be me and to be authentic. To tell a story that others can immerse themselves in and enjoy is what I have always wanted.”

Evi Rhodes will be awarding a $20 Amazon/BN GC to a randomly drawn winner via rafflecopter during the tour.