Guest Post: The Plague of the “Convenience Fairy” by Oliwia of The Writing Theory

Imagine that the main character of your story is running away from the villain. The MC is running for their life and the villain is close behind. The MC is stumbling and panting; they’re tired, far from help, even wounded maybe. The villain is determined to catch the MC and has everything at their disposal to capture them and do whatever they want with them. The MC falters, the villain catches up. The MC raises their hands in defense; the villain smiles in triumph. Then, out of the blue, a magical winged creature that you never heard of appears, swoops in, and carries the MC off to safety to the fading sounds of the villain’s frustrated screams.

Except it’s not the villain screaming but the reader, and they’ve just flung your story out the window.

This is a classic example of what I like to call the convenience fairy and, I have to admit, I’m horribly allergic to it as an editor and a reader.

The convenience fairy is an extremely helpful little sprite that pops up every time the writer writes themselves into a pickle or when the writer realizes they’ve just stepped into a New York-sized plot hole. The convenience fairy sees the writer’s struggle and offers an easy solution to what is usually quite a substantial problem and lets the story continue on its merry way.

The trouble with this fairy is that it’s annoying. Sometimes it pops up in little ways (e.g. the MC arrives just before the shop closes so that they can buy flowers for their wife’s anniversary) and sprinkles its magic all over the story. Sometimes, it appears in its more formidable Latin form as a Deus Ex Machina and comes up with a solution that is usually completely out of the blue and ridiculously too convenient to be realistic in any way. That not only pulls the reader out of the story, but it also undermines the rest of the story since convenience fairies rarely pop up once. No, they like to pop up more like mushrooms after the rain. Convenience fairies can be so prevalent (and so, by default, annoying) that lots of editors like to use a “three strikes” rule to combat convenience and keep it in check. If convenience is saving your story too often, a good editor will send it back to you for major rewriting. Otherwise you end up with a completely unrealistic story that carries no suspense since the reader will quickly grow aware that the hero will definitely make it because fairies are going to make unbelievable things happen. That’s not what you want as a writer.

This fairy is hurtful no matter what genre it flies into. Whether you’re writing fantasy, romance, or a thriller, a lot of the story is driven by suspense surrounding the main characters and whatever it is they’re combating. The reader is reading to learn if the hero makes it; they’re not going to read a story if they know the ending. Imagine if you went to a movie like that. Would you want to watch it if you already know that the ending will be a whole bunch of convenience?

So how do you get rid of convenience fairies? Thankfully, they’re relatively easy to spot. Words like “suddenly”, “somehow”, or “for some (unknown) reason” usually point to the writer having lost control of the story and the convenience fairy stepping in. Another sign of convenience is when something happens that is “just enough” to make another thing happen that wouldn’t have been possible before. The MC’s father suddenly dies in an accident and the inheritance money is just enough to let the MC go to college. The MC finds some rare, magical herbs that are just enough to make the potion to save their love. The MC jumps with just enough strength to land on the other side of the Continental Divide. You get the point.

Outlines or other types of plot grids can help writers track their story and make sure they don’t need to employ convenience fairies to fly them out of a writing jam. If you find yourself using “suddenly”, “somehow”, or “all of the sudden”, take a step back and reassess the scene. Is it believable? Were the characters, powers, abilities, or other factors mentioned before or did they appear now out of nowhere? Are they realistic (e.g. the MC finds a loaded gun in the middle of the forest just in time to kill the aliens chasing him)? If you’ve answered no to any of those questions, then you probably have a convenience fairy on your hands. If you don’t trust yourself enough to answer these questions, an editor or professional beta reader can be helpful, especially if they’ve been told what to keep a lookout for.

Let’s go back to my magical flying creature example. If that creature was mentioned before—or better yet it was mentioned that the MC had a creature like that—this case wouldn’t be so downright convenient and therefore much more enjoyable to the reader. That’s the key difference between a surprise in the story and convenience fairies—the element of realism. 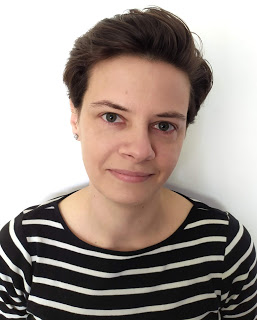 ABOUT OLIWIA
I\’m a freelance copy editor, proofreader, and beta reader who specializes in fantasy fiction with a special interest in RPG elements that can be used in storytelling. I\’m also a content writer who\’s written across different genres from resume writing to writing RPG campaign backstories. I\’m also writing my own fiction novel which helped me discover and learn the art of drawing maps for fiction stories.

When not defending the Oxford comma, getting lost in the CMOS, or sharpening pencils, I enjoy puzzles, computer games, reading, and sports.

~Ask me about a fantasy map for your story! See my portfolio here.