THE ETHEREAL SQUADRON by Shami Stovall

THE ETHEREAL SQUADRON
by Shami Stovall 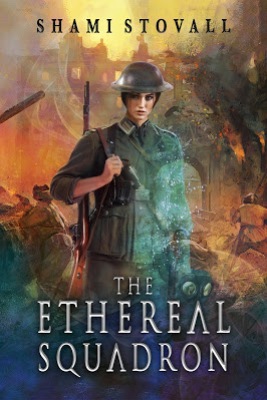 The Great War has already consumed much of the globe, but a second, secret war between sorcerers threatens to crack it in two. The ruling families of Germany and Austria-Hungary, those with the chill of magic in their blood, will stop at nothing in their quest for power, and they’ve drawn the entire world into a bloody war because of it.

But Florence Cavell—codename Geist—means to stop them. She had to defy her family, cut her hair, and disguise herself as a man to join the legendary Ethereal Squadron: a joint US-UK division of the allied powers’ mightiest sorcerers. Armed with her powerful specter sorcery, which allows her to “ghost” through bullets and barbed wire alike, Geist fights a tireless battle to end the war once and for all.

Fans of Leviathan by Scott Westerfeld, Airborn by Kenneth Oppel, Shadow Ops: Control Point by Myke Cole, and The Roar by Emma Clayton will love this book.

This book is for anyone who likes reading about:

EXCERPT
Geist stepped up to the edge of the first German trench and pointed her rifle down. Surprised soldiers could only half-lift their weapons as she fired. One soldier, tucked away in the shadows, his face muddy and his hands unsteady, managed to fire on Geist before she could ready her rifle for another round.

His shot pierced the collar of her uniform but flew off into the night, her power momentarily causing her skin to shimmer and fade.

“Geist,” the soldier mouthed. German for ghost. She had earned the codename from a hundred men murmuring the same thing just before they died.

~Buy THE ETHEREAL SQUADRON on Amazon

REVIEW
This isn’t what I usually read at all. However, I really enjoyed it.

I didn’t go into this as a war historian who knows a lot about WWI. In fact, just the opposite. The last time I had a discussion about WWI might have been in high-school history class. I have a general familiarity with the war and its various facets. That didn’t stop me from enjoying this book. The conflict felt real from beginning to end. I really got the desperate sense of how war rips lives and nations apart. There was some gore, as might be expected, but it wasn’t overdone. It added to the story, really cemented the setting. I really loved how magic was integrated to both the war and the technology of the time. Masterfully done.

The characters, too, felt so real. I thought I’d get annoyed with Geist. I’m a little tired of “women disguised as men and going to war” tropes. Geist didn’t annoy me. Quite the opposite, she was really a character I could cheer for. In part, this is due to her unwavering dedication to doing her job. It’s also due to the lack of a half-baked romance getting in the way. There is a romance subplot, but it fits well between everything else and doesn’t overtake the story. It was very refreshing.

The magic is so cool. The first real look we get at something not being quite right is seeing two deer in the wild that have sort of fused together. It’s a disturbing image that leads to the crux of what’s going on with the magical side of the conflict. I was surprised and amazed at how the magic wove into the story. There were some images that felt a bit too much for me, but that’s subjective. Other readers may definitely feel differently.

I have nothing really negative to say. The storytelling and plot were tight. The characters all felt real. Battery was my favorite. His character arc was one that stuck with me. I encourage those who like alternative history, historical fantasy, and magic/tech blends to give this a try. It’s well-worth a read. 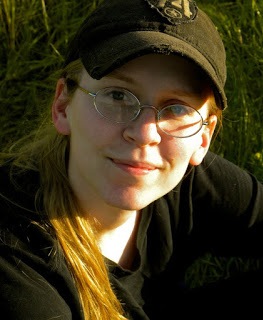 Shami Stovall relies on her BA in History and Juris Doctorate to make her living as an author and history professor in the central valley of California. She writes in a wide range of fiction, from crime thrillers to fantasy to science-fiction. Stovall loves reading, playing video games, entertaining others with stories, and writing about herself in the third person.

Shami Stovall will be awarding a $25 Amazon or Barnes and Noble GC to a randomly drawn winner via rafflecopter during the tour.

5 thoughts on “THE ETHEREAL SQUADRON by Shami Stovall”