THE STORM WITHIN by Cerian Hebert

THE STORM WITHIN
by Cerian Hebert

Healed from her own loss, Juliana Hopkins wants nothing more than to mend reclusive artist Aidan Byrne’s heart, and help close a chapter in his life that has haunted him for over twenty years. Risking their newfound love, Juliana is determined to release the ghosts he can’t let go.

Aidan has been in love with Juliana since the first moment he saw her, but if she can’t leave the tragedies of his past alone, he won’t be able to make a life with her.

She offers him a love he never dared to want, but loving her could rip open all the old wounds he’d never been able to heal.

EXCERPT
Aidan stared at her, only inches away from him in the tiny bathroom. The bloodied cotton ball tight in her grip, she’d broken down into heavy sobs. He wasn’t sure how to handle it. Weeping women weren’t his specialty. Hell, women in general weren’t his specialty, and now he felt completely at a loss on how to comfort her.

He’d sensed her earlier mood, when their eyes had locked in the mirror. At that moment, restless awareness turned into a new sort of tension. She’d been so close to him that he could smell the clean fragrance of her shampoo and feel her warm, tea scented breath on his neck. Fighting a similar attraction, he understood why she’d resorted to anger. He would’ve done the same thing in her shoes. Anger he could handle. Tears? That was a different story.

Quickly he grabbed a few sheets of Kleenex from the box on the back of the toilet and handed them to her. “I’m sorry, I didn’t mean to make you cry. Really, it doesn’t hurt,” he said softly.

Juliana wiped the tissue across her eyes and didn’t look at him. “It’s not that,” she replied with a catch in her voice. “It’s the stupidity of you driving out there. Crazy and irresponsible. You should’ve gotten a lot more than a dumb little scratch on your face. You could’ve been killed, and you could’ve killed Fred.”

~Buy THE STORM WITHIN on Amazon

REVIEW
This is a romance that’s all about the healing journey, as well as the growth between two characters. Juliana and Aidan, both with tragic events in their pasts, find themselves snowed in at Juliana’s house after Aidan’s truck careens off the road. A lot of sharing follows (both emotional and physical), and storms stronger than the one that slicked the roads start to brew.

I really liked the idea behind this book. The prologue set me up for a story of a widow finding the strength to move on and love again. The Soul Mate Tree made an appearance, and it was so touching. When the main story got going, though, things felt like they’d jumped forward too far too fast. The “healed from her own loss” in the description is very literal. In the space of a year, Juliana goes from grieving with nightmares every night to fully fine and able to look at her dead husband’s picture with a passing “I miss you” thought. Possible, probably, but it left me wanting in the character’s journey department.

The same feelings continued when Juliana and Aidan got together. Their feelings felt too sudden. Aidan has liked Juliana since he first saw her, which was while her husband was still alive, and Juliana thinks Aidan is hot and sensitive based on his dark artwork. Since they hadn’t really interacted much in the past, I kind of expected more of a buildup to their relationship, but things jumped forward on both an emotional and physical level. As a result, neither character felt fully fleshed out to me. Aidan paints. Juliana cooks, and her past working for a newspaper is mentioned. These details felt a little lost in the romance, though.

Now, don’t get me wrong. I didn’t dislike this book. Aidan’s past is a tangled mess that gets dug up in a fascinating mystery. I really got into Juliana’s investigation and was actually a bit disappointed when parts weren’t resolved. While the romance came to a satisfying conclusion, this book could have a sequel if the author so chose. Also, points for adorable animal.

All in all, an intense story with lots of emotion and heat. If you like your romances spicy, you won’t be disappointed, and there’s plenty of love, too. 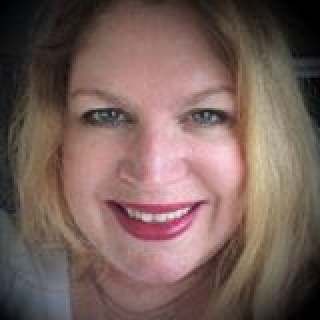 Originally from Minnesota, Cerian is currently settled in southwestern New Hampshire with her husband and two of her four children plus a dog, cat and two geckos. She\’s known she wanted to write since she was twelve, and between mucking stalls in New York and booking cruises in Maine, she\’s been filling notebooks and flash drives with her stories in pursuit of her dreams.

Currently she has 10 published books (No Going Back, Where One Road Leads, The Staying Kind, Going Going Gone, and The Storm Within from Soul Mate Publishing, and The Better Man, Do Overs, Finally Home, Light The Way Home, and That Kind of Magic self-published at Amazon). She’s looking forward to adding to this list.

Cerian Hebert will be awarding a $10 Amazon GC to a randomly drawn winner via rafflecopter during the tour.

7 thoughts on “THE STORM WITHIN by Cerian Hebert”